Pasta with lentils and carmelized onions

I made my son take over some of the cooking.

In particular, I let him know that he needs to know how to cook food he will eat, so we are starting with food for Shabbat. He's a vegetarian, and even though the rest of us are weekday-vegetarians, he's also a vegetarian on Shabbat.
And that means that sometimes I end up making a TON of different foods, with the hope that he'll agree to eat enough to satisfy his 14-year-old-boy appetite.

But it's just a lot of cooking, and my thought was that if HE prepares something, maybe he'd eat more of it. He's a little suspicious of food he's not familiar with, especially anything with more than one ingredient, so what better way to be familiar with it than to PREPARE it?

He agreed to make this pasta with lentil dish that I suggested, as I was trying to make sure he got some protein into him over Shabbat (this was after he looked through one of my vegetarian cookbooks, On the Road to Vegetarian Cooking

, and declared that there is nothing there to try).

Bring a pot of water to a boil, and add the lentils
While the lentils cook, heat 1 T. olive oil in a cast iron frying pan (over medium heat), and cook the onions in it, stirring from time to time, till they brown. Set onions aside.

Once the lentils have cooked for about 10 minutes, add the pasta to the pot. Simmer till pasta is fully cooked.
Strain the pasta and lentils and toss in a serving bowl with the carmelized onions, more olive oil, and seasonings.
Serve warm, although I suspect it can be served cold as a pasta salad too.

He ate it readily!
And the other kids all sampled it too, and most liked it. Most of all, they were impressed that their big brother cooked something REAL... 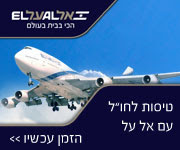 (this post contains affiliate links. When you click and make a purchase, I may get paid a commission. Thanks in advance for your support) ...