(This post contains affiliate links. I may receive a commission when you make a purchase. Thanks for your support!) 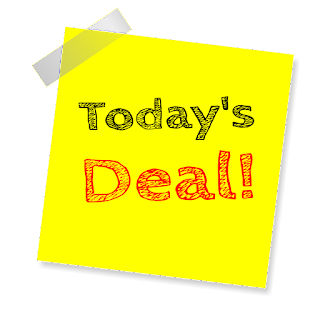 I love being able to bring you the best of Groupon's deals - some of these you definitely don't want to miss!

Sometimes, the best way to get from Point A to Point B is with a car - and that's why car rentals are awesome for people who don't own one! I'm really happy to tell you that Groupon has brought back the Budget Car Rental Discount - as low as 77nis per day! Some things to keep in mind: these vouchers must be used by March 22, 2018. You can buy up to 14 of them and use them consecutively to customize your rental period (use for rentals between 1 and 14 days at a time). Includes up to 99 km/day.  Additional kilometers will be charged extra. Pick up and return at the airport will incur additional fees. Pick up or drop off in Eilat will also incur additional fees. No refunds on unused Groupons if you have to end your rental contract early.

Click here for Restaurant Deals -- if you're going out, do it the smart way and buy a discount voucher first!

Planning a Day Out? Check out these deals (Vouchers vary from slight discounts to 50% off or more!):

Escapeland in Haifa - This is a maze game, in the dark. Be warned there is no light. Reservations required. Use the Groupon by the end of January.

I'll add more deals to the Groupon Facebook group as I find them! See you there!